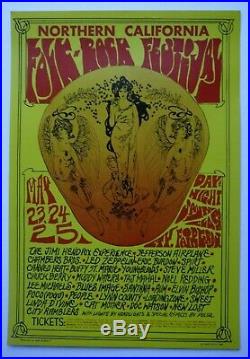 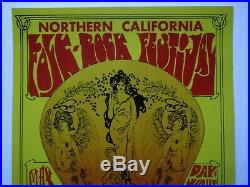 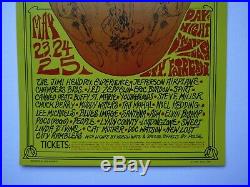 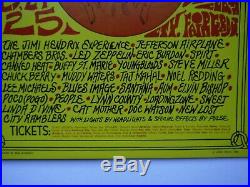 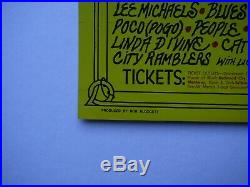 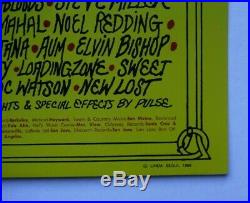 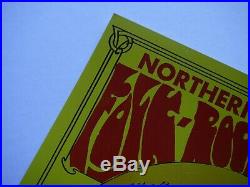 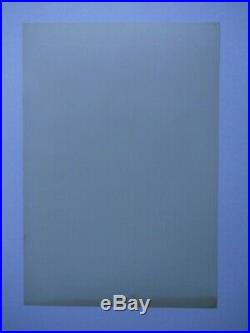 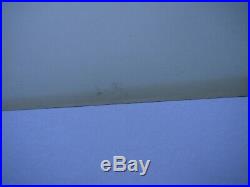 First printing of this glorious poster for the Northern California Folk Rock Festival on May 23rd, 24th and 25th May 1969 in Near Mint condition. This poster was printed before the concert, unlike the common reprint. On the reprint the word’Tickets’ is much longer and ends just beneath the’s’ of the City Ramblers, whereas on this original the word’Tickets’ is much shorter than City Ramblers. Also this original is printed on card stock and the reprint is on thinner paper. The lineup was insane, although Led Zeppelin are listed they did not appear at the festival. Jimi Hendrix Experience, Jefferson Airplane, Spirit, Canned Heat, Chuck Berry, Muddy Waters and many more did appear. Measures 14″ x 20.5″ approximately and is in Near Mint condition. The item “Northern California Folk Rock Festival Concert Poster May 1969 Hendrix Zeppelin” is in sale since Wednesday, November 27, 2019. This item is in the category “Music\Music Memorabilia\Artists/ Groups\Jimi Hendrix”. The seller is “sohomusic” and is located in Chard, Somerset. This item can be shipped worldwide. 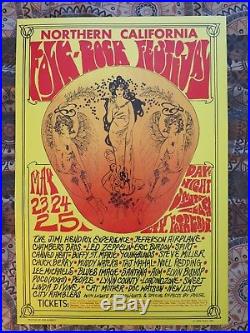 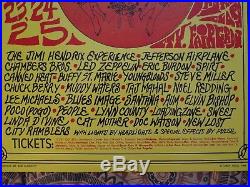 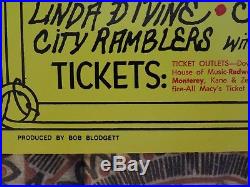